Background: According to the International Council for Harmonisation of Technical Requirements for Pharmaceuticals for Human
Use (ICH) Articles of Association, the regulatory members of ICH are expected to implement ICH Guidelines. In the ICH Assembly Rules of Procedure, it is stated that there should be a process for the Assembly to monitor the progress of international harmonisation and coordinate efforts in this regard providing current state of play of the implementation and adherence to the ICH Guidelines.

Objectives: The goal of this survey was to undertake a gap analysis by obtaining authorities’ and companies’ viewpoint on the implementation and adherence to the ICH Guidelines. The long-term objectives would be to establish a sustainable ICH-driven mechanism to assess Guidelines over time to inform ICH stakeholders on multiple areas as specified in the goals.

Method: An online questionnaire and definitions were developed by Centre for Innovation in Regulatory Science (CIRS) in collaboration with ICH and the ICH Implementation Subcommittee. The questionnaire was completed by companies (assessing all the participating authorities) and by authorities (assessing themselves only) in order to undertake a gap analysis.

Results: In general, there was strong evidence of adequate implementation and adherence to the Guidelines.

Conclusion: Phase 2a of the study demonstrated that a comprehensive perception survey could be undertaken, where the response rate was excellent indicating strong interest in this initiative. Responses, supported by evidence-based rationale, identified general agreement between agencies and companies, but with some divergences. These differences were largely supported by justifications and specific examples, whereas gaps and divergences could be used to support training and capacity building efforts across agencies and companies. It should be noted that there are some limitations to the data and that there is a possibility that companies may have misrepresented the status of implementation of a guideline in a region based on either a misunderstanding of the survey question or limited experience with the Agency. For example, some companies indicated that a guideline was not adhered to in instances where modifications were anticipated and well justified e.g. translation requirements. Therefore, while it may be possible to use the results to support decisions related to ICH membership applications, the transparent communication of Guideline implementation status as well as future revisions of ICH Guidelines, careful consideration should be given as to the appropriate use of the survey results and also whether the results can be verified. 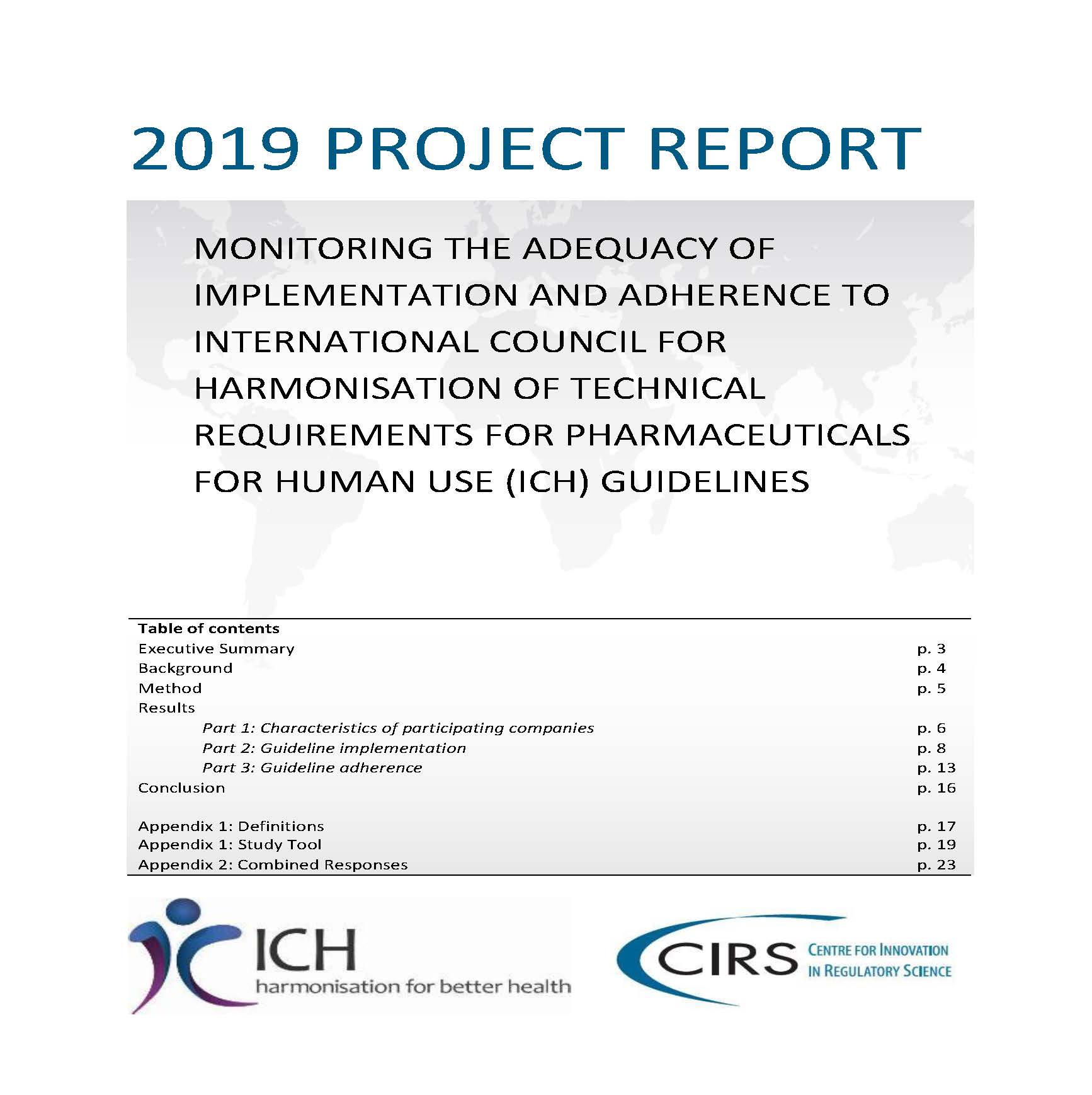