Kühler et al 2019 – To what degree are review outcomes aligned for new active substances between the EMA and the US FDA?

Objective To compare review outcome alignment between European Medicines Agency (EMA) and US Food and Drug Administration (FDA) for medicines approved by both agencies in the time period 2014–2016. Design Using publicly available information from FDA and EMA websites, new active substances (NASs) approved by each agency from 2014 to 2016 were identified and their characteristics assessed. Divergences in regulatory outcomes for simultaneous (within 91 days) submissions to both agencies were identified and then examined for use of facilitated regulatory pathways and orphan designations; submitted versus approved indications; and approval times.

Conclusions There was general agreement in EMA / FDA conditional approvals. FDA used expedited pathways and orphan designation more often than EMA, suggesting stricter EMA criteria or definitions for these designations or less flexible processes. Despite consistency in submitted indications, there was lack of concordance in approved indications, which should be further investigated. FDA review times are faster because of a wider range of expedited pathways and the two-step EMA process; this may change with recent revisions to EMA accelerated assessment guidelines and the launch of Priority Medicines.

Kühler TC, Bujar M, McAuslane N, et al. To what degree are review outcomes aligned for new active substances (NASs) between the European Medicines Agency and the US Food and Drug Administration? A comparison based on publicly available information for NASs initially approved in the time period 2014 to 2016. BMJ Open 2019;9:e028677. doi:10.1136/bmjopen-2018-028677 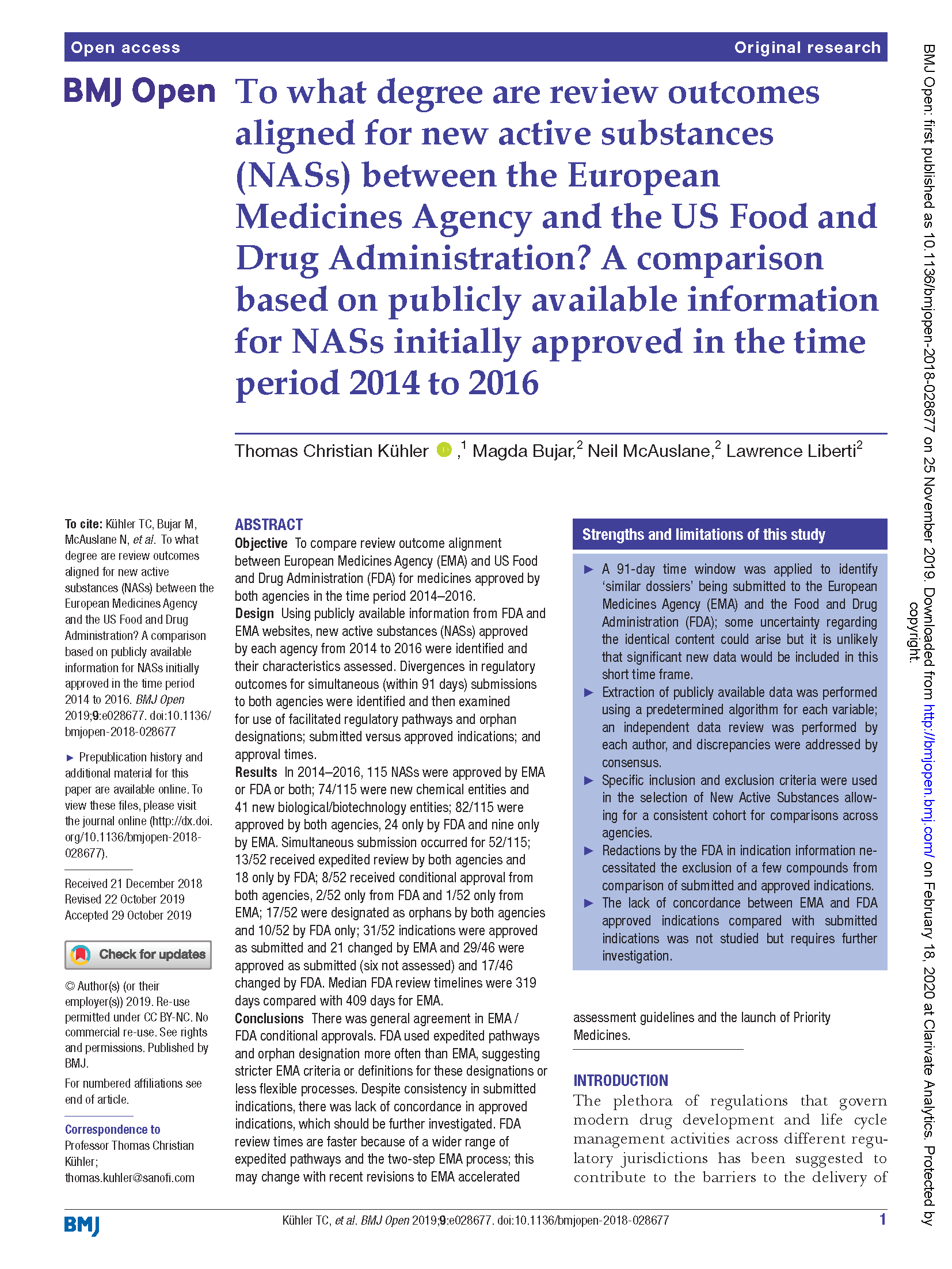