Introduction: Comparisons between regulatory authorities of similar size and regulatory characteristics facilitate value-added benchmarking and provide insight into regulatory performance. Such comparisons highlight areas for improvement as authorities move
toward achieving their regulatory goals and stakeholders’ demands. The aims of this study were to compare the registration process and the regulatory review model of the South African Medicines Control Council (MCC) to that of four other similar sized regulatory authorities and to identify areas for improvement that may inform recommendations to the South African Health Products Regulatory Authority (SAHPRA) as it looks to re-engineer and enhance the registration process in South Africa.

Methods: A questionnaire describing the organisational structure, the registration process, good review and decision-making practices of the MCC was completed by the author (AK) for the purpose of this study and validated by the Registrar of the MCC. Similar questionnaires were also completed and validated by Australia’s Therapeutic Goods Administration (TGA), Canada’s Health Canada, Singapore’s Health Science Authority (HSA) and Switzerland’s Swissmedic.

Results: A comparison of the MCC regulatory process with the four comparative agencies indicated that they all have similar requirements and employ a full-review model although the timelines for the MCC were considerably longer. However, similar quality
measures were implemented by all authorities as part of their good review practices (GRevP) including prioritising transparency, communication, continuous improvement initiatives and training.

Conclusion: Comparisons made through this study provided insight into the areas of the MCC registration process that may be improved and have informed recommendations to SAHPRA including the implementation of facilitated regulatory pathways, definition of targets for key milestones in regulatory review and formal implementation and monitoring of GRevP. In order to build quality into the review process the application of a standardised template for the clinical assessment of medicines such as the Universal Methodology for Benefit-Risk Assessment (UMBRA) could be considered as well as enhancing transparency and communication through the application of an electronic management system and the development of publicly available summaries for the basis of approval. 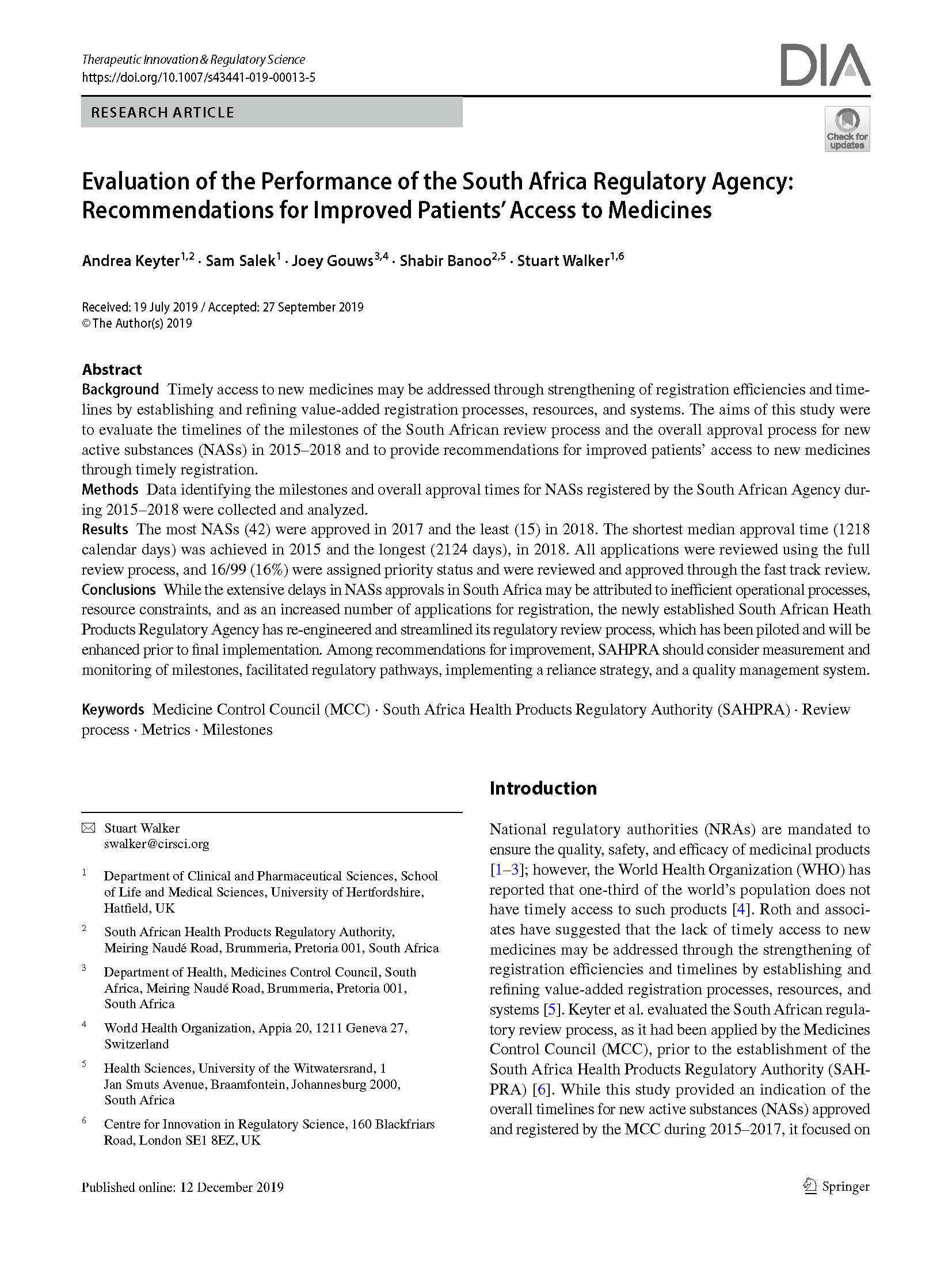