Regulatory approval time is a key metric that is used to evaluate the performance of regulatory agencies. A new methodology has been developed to compare the regulatory review process across five regulatory agencies in the United States, Europe, Canada, Switzerland, and Australia. Four main stages (receipt of data, scientific assessment, sponsor response, and authorization of the product) that are common across all these agencies have been identified and “milestone” dates were collected for over 1,000 new active substance (NAS) applications. Data were collected by year of submission between 1997 and 2002, which allowed cohorts of compounds to be tracked prospectively to approval, rejection, or withdrawal and ensured that the products had been reviewed in the same regulatory environment. Analyses of the mean/median time intervals between milestones and the overall review times were carried out. Twenty-nine NASs that were submitted to, and approved by, all five agencies were also identified and studied in more depth. Overall median approval times ranged across agencies from 368 to 595 days. This study showed that, although the stages in the review process may be common for the different agencies, the time that an application spends in each stage can differ significantly. The order in which activities are undertaken in the review process also differs, for example, the timing of advisory committees or stages in the process carried out in parallel rather than sequentially. The data suggest that the differences in the way projects are managed in the review process has an impact on the review times. 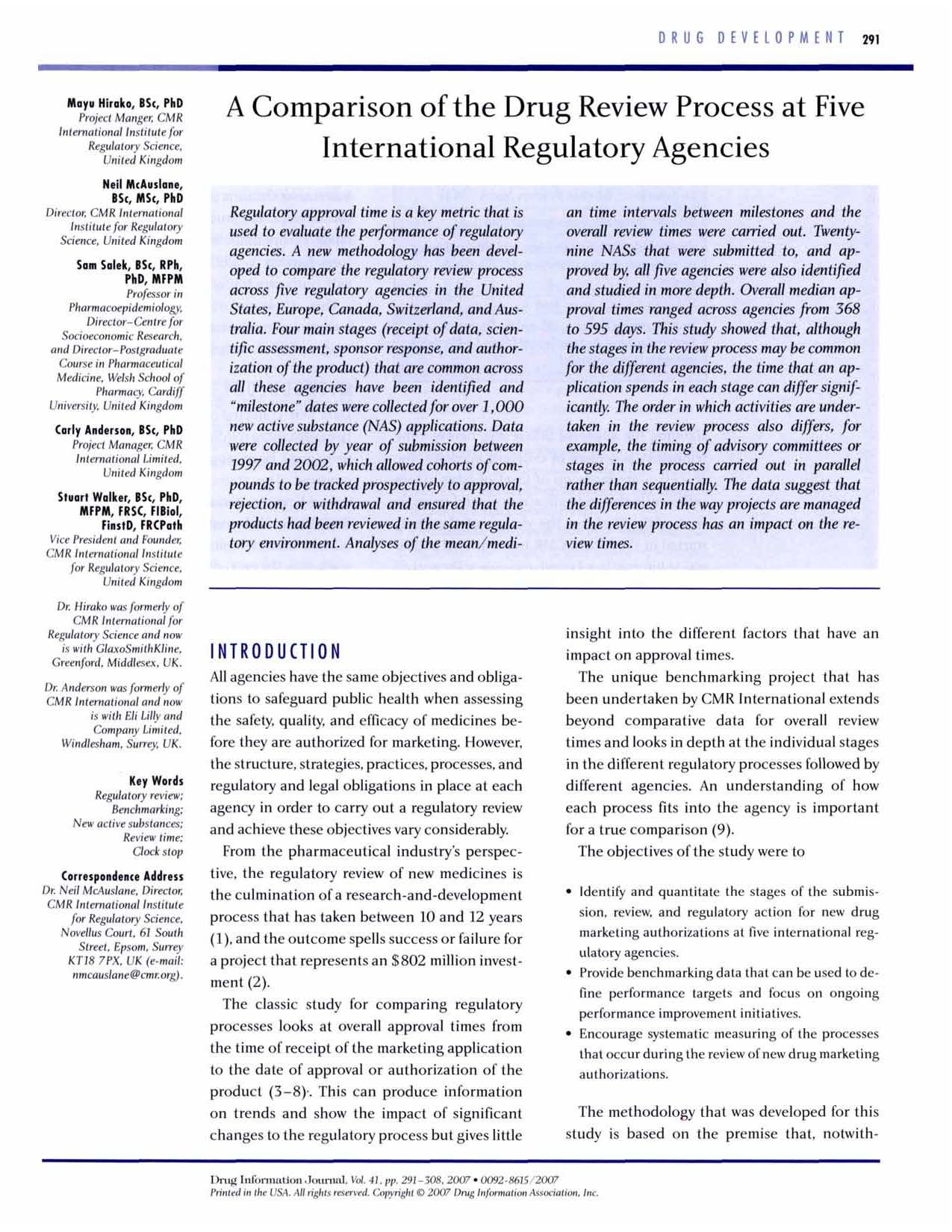