CIRS RD Briefing 68: Regulatory and HTA decision making and access to medicines – the consequences of sequence

Historically, every jurisdiction with some form of regulatory agency capacity has undertaken the review of medicines as a first step in the market access process. This step is intended to verify the quality, safety and efficacy of a product and to establish that its benefits outweigh its harms within the context of the proposed indication. The subsequent evaluative step has been a health technology assessment (HTA) or a payer decision regarding the comparative effectiveness and cost-effectivness of the product, resulting in an access decision. While in many developed nations/healthcare systems this approach has worked well for some time, in others these systems appear to provide challenges to equitable medicine access. Another important consideration, especially in regions such as Latin America, is the “judicialisation” of health and the legal demands this has created on the health system.

As a reaction to the economic challenges of funding medicine access via national healthcare systems with finite allocated budgets, there have been moves to utilise HTA assessment to prioritise medicine access within the healthcare system. One approach would be that once a positive HTA recommendation has been made to determine the indication for which the new therapy is relevant and should be included in the national formulary, this would be followed by a rigorous regulatory review of quality, safety and efficacy.

The idea of conducting HTA assessments concurrent with regulatory reviews or used as a means of priority setting, therefore, has been actively discussed.

To gain a more detailed understanding of the evolution of the relationship between regulatory and HTA decision-making processes, CIRS undertook a research project to investigate “How might the sequence of regulatory and HTA decision making influence patient access to new medicines?” This study focused on the effect of sequence on medicines and not other treatment technologies. 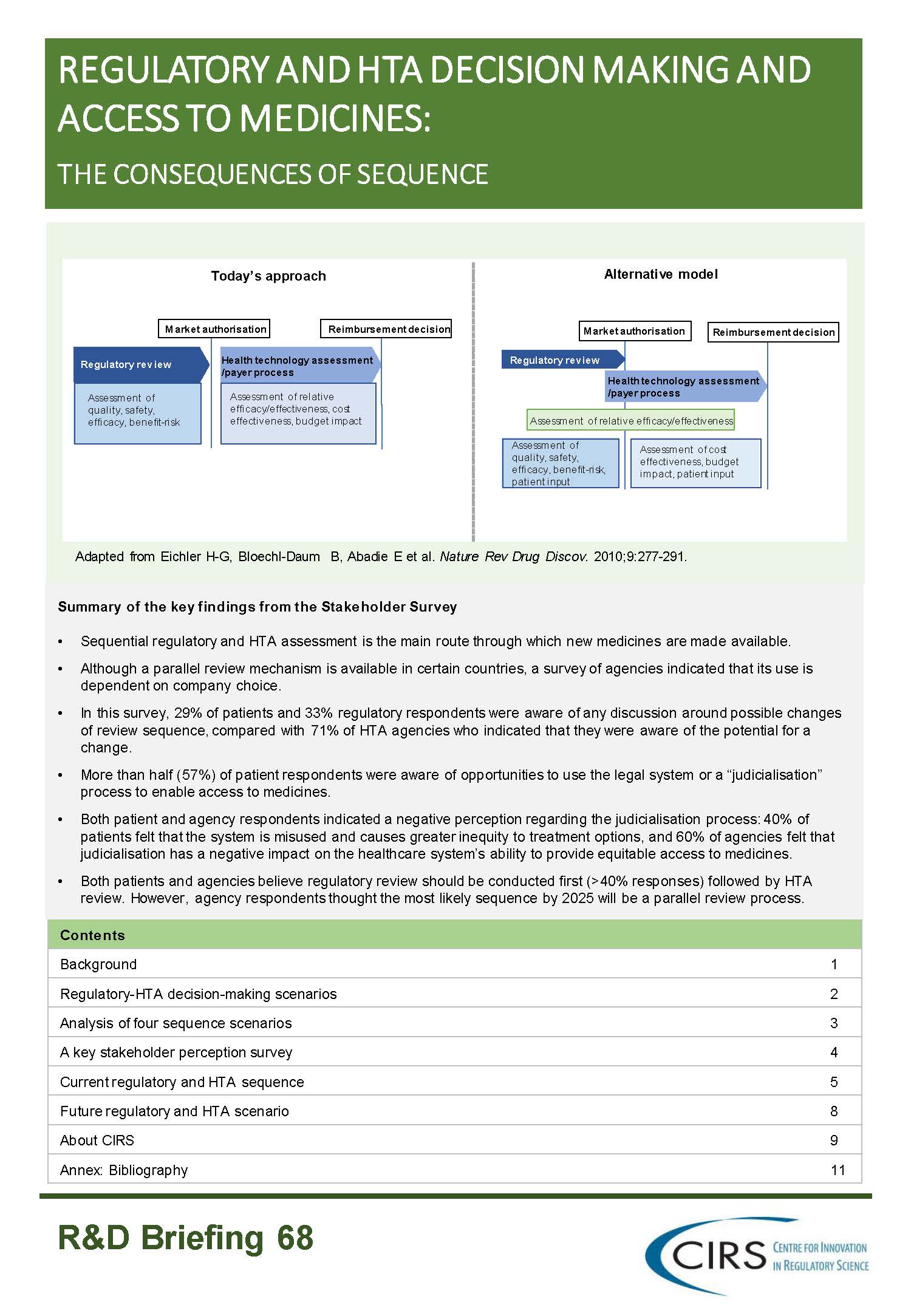